To help with specific behavior issues, professional animal trainer Kinna combines science of dog behavior with the intuitive insights the dogs provide.  This is possible through animal communication – the act of opening up to a dog telepathically in order to understand his/her perspective.  This program is for any client interested in a deeper understanding of their animal’s life.

Kinna has been studying animal communication formerly since 2011, but she has been exposed to it for a longer time, beginning with her dog Tomte.

For more information about this program, please contact us!

In 2003, I had my first major communication with a dog of mine, Tomte. Tomte – a golden retriever – had a form of cancer that was fatal and he was nearing the end of his life. Tomte told me that he didn’t want to be euthanized, but wanted to leave when he was ready. He needed a lifetime experience of closure on his own terms and when it felt right.

Tomte communicated the day he was going to pass on – the day was going to be May 11th. I lived in Colorado at that time of my life. I prepared for the day and took Tomte to our favorite beautiful areas. I thought the inspiration of the natural scenery would be a good place for Tomte to transition.

But, the day went on and Tomte was still alive. I began to doubt my communication abilities. That evening, I arrived at a friend’s house in my trusted Toyota Van with Tomte and my other dog Sessan. Because Tomte could not walk well without fainting, I got ready to carry him inside on his red plaid dog bed.

My friend’s husband stepped in and insisted on carrying Tomte himself. As he picked up Tomte in his dog bed, the bed slipped out of his hands and fell back to the floor of the van with Tomte falling with it. The impact was too much for Tomte’s body. His pericardium (the sack around his heart which was full of cancer) burst. Tomte’s veterinarian had warned me that this would probably be how Tomte’s life would end. I placed her hand on Tomte’s heart and felt his heart rate increase – trying to compensate for the burst sac. Then, Tomte’s heart stopped and he was peaceful for the first time in weeks.

Immediately, I felt the love and gratitude of Tomte as he became free of his body. The passing had a feeling of celebration for a life well lived. I experienced Tomte showing me a fast forward movie of his life – with the same love and gratitude feelings coming with the images. He seemed to especially love the times I would do silly things like sing him Happy Birthday songs each year on his birthday.

The evening was magical for me – and I tried to relay the joy I felt to her friends. I explained they were only instruments (not the cause) of Tomte’s passing – and Tomte wanted to pass leaving me with her friends. The timing all made sense now to me and I spent the evening experiencing Tomte’s love for his life and for everything I provided him during our time together.

It took another 7 years for me to take the first steps in a program to become an animal communicator. I had moved back east and started a farm in Vermont. My vision was to provide a sanctuary for animals and a peaceful retreat for people to come and be with animals.  I enrolled in an animal communication course with Marta Williams – known for integrating science with intuitive communication.  My partner (and now husband) Gene and I even were able to attend a workshop with Marta in person.  With practice and through Marta’s workshops, I learned the difference between my mind deciding what an animal was thinking and what the animal actually was communicating.

As time went on and after we moved back to the Adirondacks, (my Vermont farm project became too expensive and I lost most of my savings trying to keep it viable – I finally had to sell) I found most confidence in my ability to telepathically understand how an animal feels when behaving a certain way.  At this point, I had become certified as a professional animal trainer with a program I ethically and intellectually felt good about.  I found this ability helped when we came across dogs in our training programs who were unable to make progress with our standard, positive approach.

And now, after learning and practicing for ten years, I am excited to start offering this added service to our clients – in order for them to create a deeper bond with their animals! 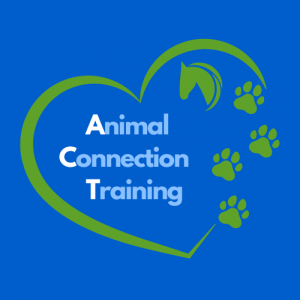